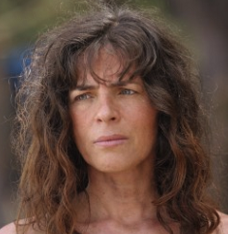 There have been a number of deaths in Lost over the last few episodes: the boat’s doctor, the boat’s captain, Alex, Karl, Danielle. One of the things that bothered me right away was: Who buried Danielle and Karl?

Think about that a minute. There are people invading the island, the two camps are split, and Ben sends Alex and Karl with Danielle away from camp to keep them safe. We see Danielle and Karl murdered right before Alex is carted away. Would the soldiers on the boat take the time to dig a grave for Danielle and Karl?

I don’t think they would have. They were in the middle of the jungle and out to get Ben. They had a hostage (Alex), and they needed to try and use her as leverage as soon as possible.

So, there are several distinct possibilities. The first: The Others buried them both. I think that’s the most likely possibility.

The second possibility: That wasn’t really Danielle in the grave, and Danielle herself buried Karl. This theory is the same, in reverse, of course – Karl could have buried Danielle). The face did look very much like Karl’s, but Danielle’s face didn’t look very much like her (see the picture).

The problem with this theory is, If it’s NOT her, who the heck is it? And, if you’re thinking that Miles knew about the graves – Well, he did, but that could have been Karl or Danielle (not both) saying something that lead him to dig them up.

The third possibility: Danielle and Karl really did die, and those are their bodies, but Danielle came back (like Yemi, Christian, etc) and buried the bodies herself. Now, THAT would be a weird thing to have to do for yourself…. But the most likely possibility, I think.

3 thoughts on “Lost: Who Buried Danielle And Karl?”