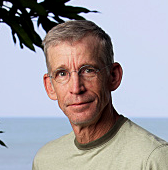 I have to say, I was amazed that Bob won. I was hoping he’d win, but I was still amazed that he was able to get to the final three, especially after losing the final immunity challenge. I thought for sure he was going home.

As for the final tribal council, that held a lot of surprises. Susie made a very strong case for herself (she did end up getting three votes, after all), and people were particularly vicious to Sugar. A lot of them were even mad at Bob, which a surprise to me. They shoot a lot of footage on Survivor, so maybe more was going on then they showed because some of the comments to Bob were a little surprising.

This, and the last Survivor shows were really entertaining. Let’s hope they can keep it up when they head to Brazil next season.