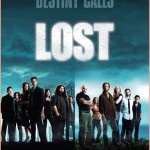 Spoilers ahead
Not much time to write, but I did want to post a few thoughts about the show:

It was great to see what else was going on when the plane went down. I was quite surprised to see that Sun was still in the present day, rather than in the past with the rest of the Oceanic Six. I was even more surprised to see that Christian was the one that met Frank and Sun when they reached the barracks. Next stop? The only thing I can think of is that they’ll have to find (or, more likely, be found by) Richard Alpert.

If Ben originally tried to leave the camp, he’s going to head out again as soon as he can, especially with Locke being alive again.

Sayid seeing Ben, and then saying “I know why I’m here” in the previews for next week pretty much confirms for me that he’ll try and kill the young Ben as soon as he can. He’s going to fail, and I’m afraid that’s going to be the end of Sayid. I think that’s a shame.

Love Hurley’s reaction when he found out he was in the 1970s.

5 thoughts on “LOST – “Namaste” – Thoughts about The Show”