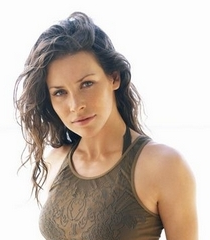 Just finished watching the show. Here are my reactions to what happened:

First off… my “pre-show” prediction score: 1 out of 3. Sawyer did want Kate to make sure Clementine was OK.

When Cassidy asked Kate if she should wake up Clementine from her nap, my instant reaction was Clementine didn’t exist and Cassidy had lied to Sawyer. I was glad to see later that this wasn’t true.

I loved Hurley looking at his hand, waiting for something like “Back to the Future” to happen. I really liked the conversation between Hurley and Miles too. Miles’ explanation of how time works in the LOST universe was really great.

I really, really have to wonder what the heck Juliet hasn’t been saying about what The Others can do and what they are. Maybe she knew all along this was Ben’s destiny.

At one point during the show, I was pretty convinced the reason Kate went back was because Ben did something in the future to help Aaron, and if Ben died, Aaron couldn’t be saved. This turned out to be wrong, of course.

When Kate lost Aaron in the store, it sure was creepy to see that woman that was holding Aaron’s hand, wasn’t it? It looked like it could be a much, much older version of Claire. I’m sure this was done on purpose…. sure was creepy though. Makes me wonder why Aaron didn’t scream or anything… Has Claire been visiting Aaron a lot more than we know about?

The ending was great. I was pretty surprised to that we got to see where Richard took Ben, and glad they at least said why he wouldn’t remember anything that happened. Richard’s warning that, “He will always be one of us”. “One of Us” was the title of the 16th episode of Season 3.

Did you notice that one of Richard’s men mentioned Elly and Richard? Elly was the girl with the gun in “Jughead” earlier this year (and probably Daniel’s mother). Charles is Charles Widmore. I was surprised they were both still on the island, 20 (or so) years after their first appearance. This probably means that the power struggle between Ben and Charles started on the island itself.

I have to say, Hurley was great this episode, but they should have stopped before he got this “Ask Jack about time travel” (or whatever he said). Completely unnecessary, just like the “Nama-who?” comment in the previous show. It just makes him look stupid.

As for the previews for next week, sure looks like Ben is going to be judged by Smokey, probably right in that temple where Richard took him. Can’t wait!

8 thoughts on “Reactions to LOST – “Whatever happened, happened””