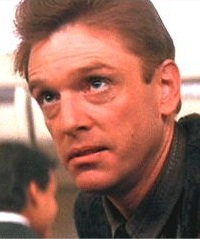 Twitter was flooded with guesses to the identity of the newly signed guest star on LOST for this season. Many people, including myself guessed Anthony Peck.

Turns out that it’s really William Atherton. How did the hints get us there?

He played Walter Peck in Ghostbusters

I really look forward to this. He was great in Die Hard, Ghost Busters, and in Real Genius

One thought on “William Atherton Signed For Guest Spot On LOST”