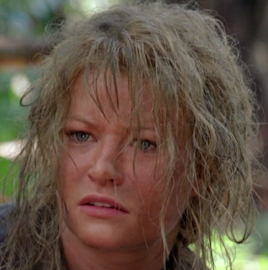 Just finished watching the latest episode of LOST – “Lighthouse”, and I thought I’d jot down a few thoughts:

1) I really want to know whose name is written at 108 degrees.

2) Seems like every episode this season has had a mirror in it. Mirrors played a part twice in this episode: a) When Jack saw his scar in the mirror and b) When he saw his childhood home in the mirror in the lighthouse. I thought it was interesting that Jack couldn’t quite remember when he got the scar. Is that part of the disorientation (ala Desmond) when his mind traveled to that time period?

3) Claire’s “friend” being who it is makes me wonder if she sees him exactly the way we see him.

4) Interesting seeing Dogen cross paths with Jack at the conservatory. All this “they cross paths in the other timeline” stuff is starting to get a bit old though, and they need to start coming to the point of all that happening.

5) Anyone else think that Claire was going to take off Jin’s foot with that axe?

6) Where is Sawyer now that UnLocke showed up at Claire’s camp?

7) Those must have been magic smudges on Hurley’s forehead, because they kept changing, at least at the beginning of that scene. 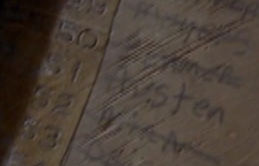