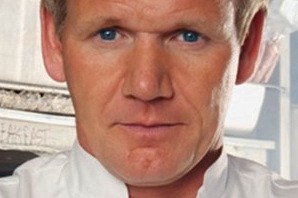 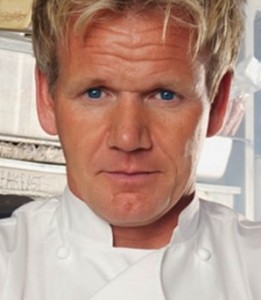 I’m in the process of watching the finale right now and writing this right after the tribal council where Holly got voted off. I really have to hand it to Fabio, he really poured it on in the last three challenges. That really surprised the alliance of Sash, Holly and Chase.

I’m a little surprised that they didn’t get rid of Sash instead of Holly. One thing is sure, though… Fabio really saw through everything Sash was saying.

Sash certainly played the hardest during the whole game.

Chase flipped flopped like crazy the whole game. I’m sure he won’t have Jane’s vote. She’s as mad (or madder) that anyone that’s ever been voted off.

There were a lot of smile when people saw that necklace around Fabio’s neck. He has Dan’s vote. Probably Jane’s too. Not sure about everyone else.

Fabio showed his easy going side.

Sash probably stated his case the best, saying that friendships were made, alliances were made to be broken.

What a crazy bunch of questions.

Brenda didn’t ask Fabio any question;, Marty had it in for Chase; Holly asked some good questions (and I think there were some honest answers); Jane had nothing to spew but bile at Sash and really didn’t have a question to Fabio; Benry had a good question to Sash and Sash answered as honestly as he could; Dan had it in for Sash too – “spineless”, he had it in for Chase too – he was very animated, no question for Fabio either; Purple Kelly gave 60 seconds to Sash how he outwitted and outplayed – sure sounded like she was going to vote for Sash; Nayanka asked Fabio a GREAT question about his mom… very surprised to her such a great question from her… I really give her a lot of credit for that one; Alina just straight out insulted Fabio by calling him a boy, and gave Sash an opportunity to slam the other two…. Chase basically said that he had to survive, and slammed Fabio too.

I’d say odds were pretty good that Sash will take it, but I think Fabio will be close in votes. I hope Fabio wins. I don’t think Chase will get it at all.

Commercial – Stunning announcement…. What is it? Is Jeff quitting? Hey, and they’re going to have a “reunion race” on Amazing Race. That should be good.

Update: Ok all caught up to the DVR.

Another vote for Fabio – and it’s Dan

Update: Brenda voted for Chase! Kinda surprised about that.

Update: Jeff walks out with the votes into the jungle ….and we get cleaned up versions of Chase, Sash and Fabio. Jeff walks out of the fake jungle on the CBS set.

Update: FABIO WINS! YEAH!!!!!!!!!! I’m really happy about this. That’s completely awesome. I’d love to see how the final tally went. Kinda surprised that Sash didn’t even get one vote. Youngest winner ever.

A lot of people are going to jump to the conclusion that this has something to do with Gordon Ramsay’s tactics on these shows. I think that’s completely false. The people who have been shown on Kitchen Nightmares have run restaurants that are failing. The emotional upheaval this must cause for people has to be tremendous. They’re at their wits end, and have asked for frank advice about how to turn things around. And frank advice is what Ramsay gives…both barrels, holding nothing back. Some of these restaurants have gone on to close, some of them remain open. Ramsay tries to help these people turn things around in a short time by trying to be brutally honest with them. It’s very sad that some people think the only way out of situations like this is to commit suicide.

Hell’s Kitchen…. Humpf. I do continue to watch this show, but I have to say, they take a very “American Idol First Few Weeks” approach to picking contestants. Some of the contestants are genuinely good. Some of them are NOT good AT ALL. The last few seasons it seems as though they’ve been picking people that have not been prepared to deal with the sort of stress and anxiety that show causes. Some of these people are completely delusional about their abilities, and I find it extremely difficult to believe that Ramsay considers them to be in the running for the restaurant prize, at all.

There are many, many cooking competitions on TV: “The Next Iron Chef”, “Top Chef”, Ramsay even just finished a third: “Master Chef”.

If they’re truly looking for a person to run a restaurant, why not get chefs of the quality they get on Top Chef? It’s all about the train wreck, that’s why. This must leave some of the contestants, who never, ever had a chance, despite getting on the show, emotionally devastated.

I will say that I have no idea what the circumstances were around Rachel Brown’s death, and I’m not blaming the show. She made it through five shows, which is a lot better than most. The problem that got her voted off was that she just had a bad dinner service.

I really do think though, that particularly for shows like “Hell’s Kitchen”, it would be a lot better for everyone, all the way around, if they had contestants that did stand a chance to win everything from the get go. 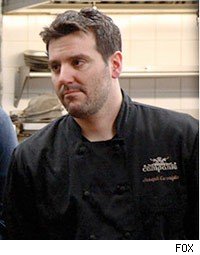 The owner of Campania, Joe Cerniglia, has committed suicide. He appeared on the show in 2007.

(via Monsters and Critics) 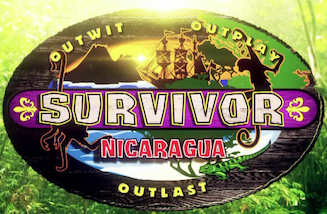 Well, add The 19th season of Survivor started again, and this time the castaways are in Samoa. Right off the bat we can add Russell to the list of folks that people are going to love to hate.

Not only did he make a record four different Alliances on the very first show, but at the first sign of trouble, he was able to get rid of Marisa. She of course made the fatal Survivor mistake of telling Russell she was suspicious of him. That’s like painting a huge target on your back, as Marisa found out.

From what we saw on last night’s show, I think Russell is doing too much too quickly. First, making four alliances is a dumb move. It won’t take Betsy much longer to put two and two together about what’s happening at camp. Second, I have *NO* idea what Russell was thinking when he dumped out all the water. All that did was make his tribe weaker, and doing so quite possibly ended up getting them sent to Tribal Council. It’s kind of hard at this early stage in the game whether that was a contributing factor or not…but it sure couldn’t have helped.

How long is Russell going to last if he keeps this up? My guess is not much longer. He might be strong (and in that challenge, he looked VERY strong), but if he keeps up his current pace in messing with his tribe, they’re going to catch on to him fast. Especially if they realize what Marisa was talking about.

The recession has hit everyone, including Gordon Ramsay who is living his own Kitchen Nightmare.

Simon talks about Britain’s Got Talent, and Susan Boyle.

James “JT” Thomas won a unanimous decision made by the voted-off members of the jury on Survivor last night to claim the $1 million dollars.

The final four was surprising. Taj, Erinn, Stephen and JT were left at the end. After JT barely beat Erinn in a construction a puzzle, he won immunity. I think at that point, everyone thought Erinn was the next to go. Erinn talked to JT and convinced him that Taj was a bigger threat than she was. How she was able to convince him of that, I’m not really sure… especially considering Erinn nearly beat JT in that challenge.

Voting off Taj could have been a serious mistake. As Taj said herself, if Erinn went into the finals, that’s who would have gotten her vote. If Erinn had somehow gotten into the finales, the majority of her tribe was on the panel, and she might have been able to convince them she was a true “survivor”.

As it turned out, that didn’t happen. In the final challenge, balls were dropped in a device that made them go down different wire paths. They had to catch the balls as they fell out out of two chutes. The balls alternated between the two. Oh, and they had to do it with one hand tied behind their backs. As the challenge progressed, more balls were added. Erinn was the first to go, followed by Stephen. JT was the winner.

Side note…. was it just me, or did it look to anyone else like Stephen used the hand that was tied behind his back to save on of the balls before it hit the ground?

Lots of tough questions during the finale tribal council, making both JT and Stephen feel uncomfortable. JT admitted afterwards (during the wrap-up show) that his apparent shock at being “betrayed” was a bit of acting, and that he and Stephen are still good friends. JT even suggested that they go into business together, which really surprised Stephen. Stephen’s initial reaction was “no”, which I think meant “no, it’s your money, do what you want with it”.

The rest of the tribe might have been able to be convinced that Erinn should win, just because of tribal alliances. One thing they didn’t show last night was a show of hands about who would have voted for Erinn, which would have been nice.

JT also won an additional $100,000, awarded by Sprint, for being the most popular “Survivor”.

Next Survivor airs this fall – in Samoa!

How did you think last night’s finale went? Did the right person win?