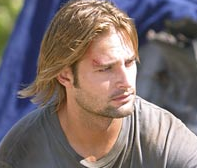 Josh Holloway, (Sawyer, to you LOST fans) has joined the cast of Mission Impossible 4. The movie should be out in December 2011.

From the Twitter Stream, Damon Lindelof comments: ‘Okay. Because you asked. Sawyer nicknames for Tom Cruise in MI:4: “Hoppy,” “Prince Charming” and last but not least, “Intenso.”‘