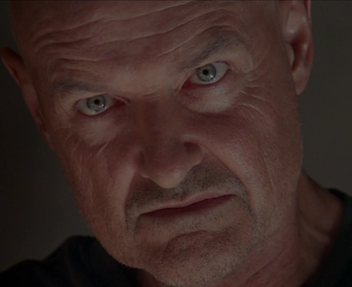 It’s great to see LOST back, and it was great seeing the new episodes!

OK… a bunch of random thoughts:

It appears that the narrative Damon Lindelof and Carlton Cuse (the producers of LOST) are going to use this season is dual timelines: One where Flight 815 never crashed, and the other which picks back up where last season left off. Are these timelines going to converge?

One of the biggest questions was answered: What was the smoke monster? The Man in Black. Of course, in true LOST fashion, a new question cropped up. He told Ben that he wanted to go home… Where, exactly, is “home”?

Another more minor question was also answered: The ash. The ash was used quite a bit during the premiere, and we saw that it was indeed a protective mechanism. At least, it should have been… didn’t quite work out that well. The real question is, what was the ash at the cabin protecting? Was it Jacob? I think at this point we have to assume it was, but then… why was the ash circle found to be broken when Ilana saw it last season?

The real big thing was seeing Sayid come back from the dead. Did you notice how Miles had a weird look on his face when he was near “dead” Sayid? He realized that something wasn’t quite right. I think this bodes well for Locke… he could be back from the dead too.

Another interesting thing was watching Richard’s reaction when he realized that it wasn’t really Locke. Especially when “Locke” said something about the shackles, which apparently alluded to the slave ship, the Black Rock.

I also thought it was interesting that the “Man in Black” said the Locke realized he had a “pitiful life” before they got to the island. In a way, all the main 815ers did. Locke had an unhappy life after his marriage, Sawyer turned out to be a killer, Kate was on the run, Hurley was bad luck for all those around him, Sayid was a torturer.

One of my big questions is: Does Christian Shepard’s lost coffin have an significance?

That’s it for now. I’m going to watch everything again pretty soon, and write some more thoughts after I do.