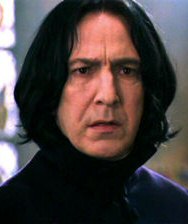 One thought on “Is Snape on the Good side or the Bad side?”