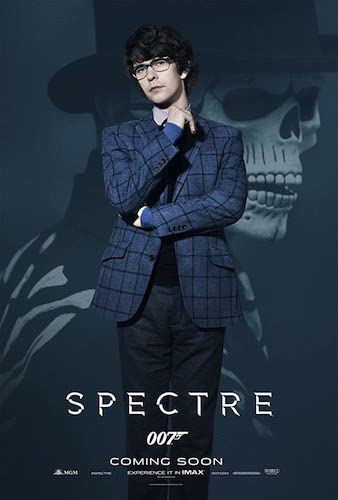 In preparation for the next James Bond film, No Time to Die, I’ve been watching all the movies where Daniel Craig plays James Bond: Casino Royale, Quantum of Solace, SkyFall and Spectre.

In all the years I’ve been watching James Bond movies, it never occurred to me that the designation “Q” meant anything…. until tonight, when I watched Spectre. In a scene in that movie, M refers to Q as his Quartermaster. Q is short for Quartermaster.

Maybe everyone else knew this, but I never did.

Can’t wait for the next James Bond movie…but until then, here’s the trailer for No Time To Die.