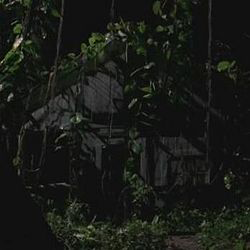 Who was in that cabin that had the ash all around it?

If it was Jacob, why was he in there? Why would someone put ash around the cabin, if he was unable to be harmed by the Man in Black?

If it was The Man In Black in the cabin, it’s obvious they’d want to contain him, so it all point to him being the one stuck in that cabin.

The problem with that theory is something that was revealed in last night’s season premiere: The Man In Black is the smoke monster. We saw the smoke monster numerous times over the last few years, so the Man in Black couldn’t have been in the cabin. If he had been, the circle of ash would have kept him in there.

6 thoughts on “LOST Theories: Who Was In The Cabin?”