Back before Episode 3, I wrote a few things down that I thought might happen. The only thing I was right about was: it is NOT a good idea to be down in a crypt with someone that can control the dead rolls into town. And, frankly, anyone paying the least bit of attention would have been able to figure that out, to it wasn’t much a prediction.

Now we’re going to see Episode 5 tonight, and I have a few more thoughts about what might happen in either Episode 5 or 6.

– Varys is in deep trouble, for a couple of reasons. First, it sounds like he’s going to try and go against Daenerys, and if she finds out, she’ll never forgive him. Second, and probably more importantly, Melisandre told Varys they would both die in the Seven Kingdoms. So, this is a lot like the crypt “prediction”. Not much of a prediction. It’s been telegraphed.

– Jamie will kill Cersei, making him both The Kingslayer AND The Queenslayer. 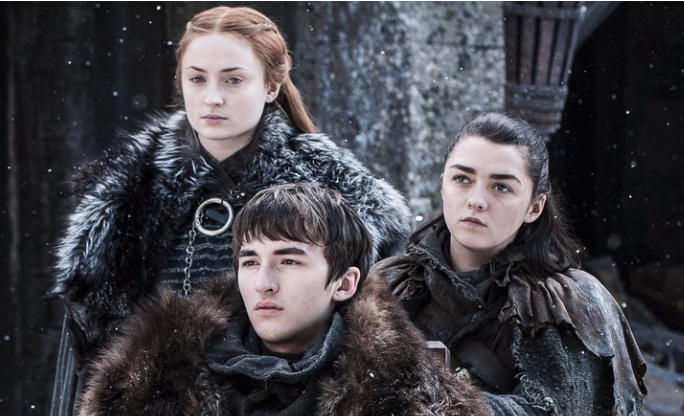 In less than a couple of hours, Episode 3 of Season 8 of Game of Thrones will be shown. I just wanted to dash off a few quick thoughts about what I think will happen. I’m sure I’ll be wrong in more than a few places, but I’m going to write some things down anyway.

First, Why in the world are they putting the kids and everyone who won’t be fighting in the catacombs? I mean, HELLO! There are bodies down there! I can’t think of a worse place than an underground graveyard to be, when The Night King rolls up. There’s going to be a lot of carnage down there, and Varys, Gilly and the kids down there are not going to survive it. In fact, I’ll bet that after they die, at least one of them will surface among the living and scare the snot out of someone before they die. That would either be Varys going after Tyrion, or Gilly after Sam.

Second, but I think Theon is a goner too. He’ll die trying to save Bran, and Jamie will likely be the one who saves Brann.

Third, Way too much foreshadowing last episode, the happiness that Brienne and Grey Worm felt last episode will be gone. I think Brienne dies a hero’s death (maybe to save Arya), and if Grey Worm does survive, then Missandei will die.

I don’t think Sansa will survive either. Or Gendry. Arya will survive… they can’t have her go through all she has just to die now. I think Davos and Tyrion will survive too.

I think The Hound will survive, only because he REALLY needs to take out The Mountain.

Daenerys will survive, but will start going a bit more insane than she already has. Have you noticed that her temper is getting shorter and shorter over the last few episodes (even since last season?) I think it’s more than just her temper.

John better survive. He’s my odds-on favorite to who sits on the Iron Throne. He’s the only one that can lead the north. Question is, what about Daenerys and her vast Army? What’s he going to do about that?

And finally, there’s going to be one HUGE “I didn’t see that coming” moment. I just hope it that huge thing isn’t undead Hodor.

Whatever happens, it’s a big night. Time to say goodbye to a lot of characters we’re really going to miss.