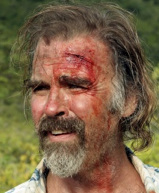 We know who the Oceanic 6 are… What the heck is going to happen to Frank, Charlotte, Miles and Daniel?

First, let’s look at why they were recruited for the mission they’re on.

Frank was recruited just because he knew something weird was going on with Flight 815 when he saw the pilot, so it probably doesn’t matter to Widmore what happens to him.

Charlotte is an anthropologist, probably recruited because the culture on the island is quite old (remember that four-toed statue?). We’ve seen no evidence so far that they’ve found something she would be interested in, or can explain.

Miles can speak with the dead. If the theories about The Others are right, he’s going to have a LOT of people to talk to.

Daniel is a scientist who knows a lot more about what’s happening on the island than he’s told everyone. The only person that knows this for sure is Desmond.

What happens to them?

Frank’s the only one who seems to know how to fly a helicopter, so I think it’s likely he’s making it off the island.

I think the rest are going to get stuck on the island when it moves. The characters are too interesting to get rid of at this point, and I think they’ll be able to help explain what the heck is going on… probably not by tomorrow, but by next season.