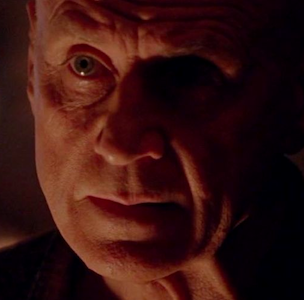 Something’s been bothering me…

How did UnLocke know to take that watch from the dead body BEFORE he found the explosives on the plane?

Did he already know the explosives would be there?

There are a few possibilities:

1) It was a writing error in the show.
2) UnLocke spied on the plane, and knew they were planting explosives.
3) Widmore planted the explosives for UnLocke to pick up.

It’s always bothered me that Widmore was exiled from the Island by Ben. I had heard a backstory (somewhere…can’t remember where), that this was because he was taking unauthorized trips off the island. I don’t think that’s actually been said in the show (correct me if I’m wrong).

I’m guessing that the real reason Widmore was exiled is that he was talking or doing something with the Man in Black. That relationship might still be intact.

Why doesn’t Widmore kill them? Might be against the rules.

Hard to tell at this point, but I have a hard time believing the Widmore came back to the island personally to make sure UnLocke doesn’t leave.