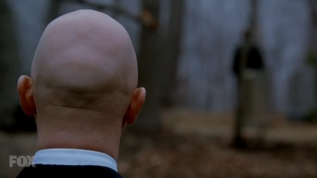 One thought on “Fringe – There’s More Than One of Everything”