Here are a couple of pictures of the statue show in the LOST finale. As commenters in the previous thread have stated, it’s very likely that it’s the Egyptian god Sobek: 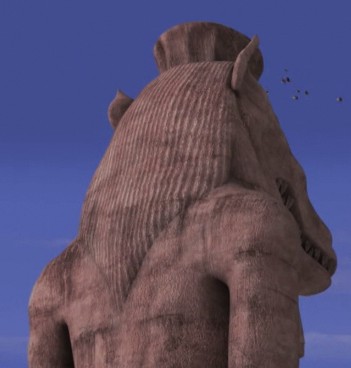 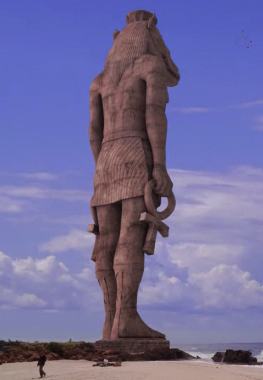 Now, two interesting things about Sobek – he’s carrying an ankh, which represents the ability to undo evil and cure ills.

Also, Sobek merged himself with Ra, to become Sobek-Ra.

Think about that a second. Where else have we seen the letters “R” “A” – Richard Alpert, perhaps?