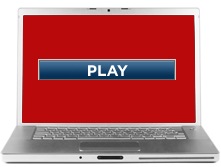 Over on one of my other blogs, High Tech Duck (which looks suspiciously like Magic Lamp right now), I have a couple of pointers to what the NY Times, USA Today and Wall Street Journal columnists are saying about the iPhone: It’s not completely perfect, but you should “Believe the Hype”.

Apple and AT&T have worked out a deal for unlimited bandwidth for the phones, so that means you’ll be able to surf the web as much as you like. Without leveraging the web, the iPhone loses a lot. It still has that built in iPod, so you’ll be able to watch movies and listen to music, but you’d be missing out on what they’re calling a first class browser (Safari), YouTube videos, at least while you’re on the road.

Now, you’ll notice I said “while you’re on the road”. The iPhone has built-in WiFi, which means that when you’re near your own network or a public WiFi network, you’ll be able to use that instead of the cell network, Edge, from AT&T. You won’t be able to get phone calls over WiFi, but you will be able to get to the web.

So what does that mean for TV addicts? Well, a lot of big media are posting their shows to the web these days, and quite a few use YouTube.

Good thing the iPhone has a big battery.

Steve Jobs announced the iPhone today. Very impressive. It has a touch screen, gesture recognition, a sensor that detects when you’re turning the phone so you can use it sideways (to read web pages, for example), it plays iTunes, you can use Google Maps with it, it has WiFi…. There’s a 4 Gig version for $499, and an 8 Gig version for $599.

You know, as for a spare.

…Anyway, it’ll be released in June, and Cingular will be carrying it. I imagine we’ll be seeing some deep discounts on Palm Treo and Windows Mobile phones this year. It’ll probably be a loooong time before they discount the iPhone though.

Here’s a link to a video comparison of Windows Vista and Mac OS X run by David Pogue at the New York Times, along with a written review.

Think that Vista is a ripoff of OS X? David has some opinions on that too…

Apple will announce something “new” next week, according to the invitations that some chosen few have received. There’s a picture that’s circulating which looks like a small cube. The person that took it says it measures 8x8x8 and has a bunch of ports on the back.

My guess is that it’ll be a device that you’ll connect to your TV, will have a wireless internet connection, and the ability to download movies right to it. I don’t think they’ll go the TiVO route, since there’s still a lot of shakeup about to happen in that market.

People have been going “gah-gah” over the ability to have TV shows on their iPOD…doesn’t it make sense for Apple to introduce something that people will be able to use in their living rooms?

Apple just put a 1 gig version of their Nano for sale at their store for $169, and dropped the price of the shuffle to $69.

Ever had an IPOD go bad? Check out the

The rumors are flying about a

Who knows if it’s real, but it is kinda weird that a link like http://www.apple.com/movies exists on the Apple website. Usually you’ll get another type of error page instead.

Try it. Replace the “movies” in the link above with anything else, and you’ll see the normal error message.