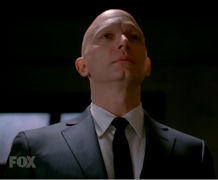 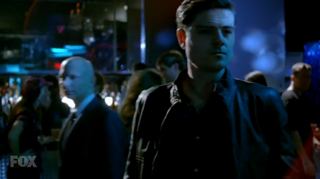 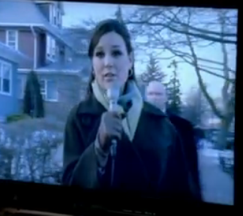 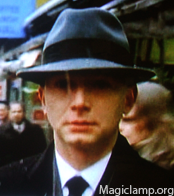 Spoilers Ahead
This week I have to say, I’m pretty sure I saw The Observer…

Now that that’s out of the way…

There was so much going on in tonight’s show that I think it’s going to require another look. We see that 1) Olivia was part of a experiment that happened when she was 3 (or so); 2) Walter was apparently the author of the book that Jones has taken to be his manifesto; (which explains Jones’ reaction to Walter) 3) There are parallel universes, and one of them is on a collision course with ours; 4) Olivia might have creepy mind powers, or at least can do a cool new trick that will her win a lot of bar bets.

Sure looks to me they pretty much spelled out that The Observer might be from a parallel universe, sent to scout out what’s going on in ours.

So, what’s Jones up to? Trying to test technological weapons as best as he can, to use against the beings in this parallel world? If Jones wasn’t dying, the way we all thought he was, what DID happen to him? Can he teleport at will now? Is that what happened to that hospital room?

I don’t know what it is about computer stories, but they always fall flat with me. It’s probably because I know too much about computers to not overanalyze the tech involved. This episode of Fringe was another one of those.

It’s a little freaky that the pop-up window said “What’s that Noise?”, isn’t it? That was the same book Olivia’s niece, Ella, was reading from last show. Was he watching Olivia before now?

Anyone spot The Observer? He was on one of the street corners while Olivia was racing home: 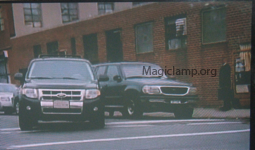 …. One more thing: Olivia sure looks a lot like a grown up Donna Pinciotti. Must be the hair.

A guy that has an overturned conviction assigned to the same organization of the person that got him convicted in the first place? Really? Couldn’t they come up with something better than that?

All in all, it was a great show. Got just the right amount of creepy, and dropped a few more hints about what the real conspiracy is about.

Although, just to be devil’s advocate here…. It would be a pretty big twist of the Huge Corporation WASN’T the bad guy in all this. I can’t even remember the last time that happened.

Anyone spot “The Observer”? It looked to me like he might have been walking past Walter under the “Harvard University” logo when Walter was walking to Olivia’s car.

I’ve been trying to get images of each appearance of “The Observer” on Fringe, but it looks like Fox beat me too it.

Via AICN (Thanks to John)

Anyone else notice “The Observer” was back this week on Fringe? He was exiting the elevator – just at the right time.

After watching tonight’s Fringe episode, “The Same Old Story”, I’m not sure if the show is going to be a huge hit, or whether people are going to turn away from it complete disgust. I refer to the complete lack of a warning that should have said “WARNING! EYEBALL SURGERY! BARF-O-RAMA! REALLY! IT’S GROSS!”. Yeah, I rewound to check… Nope, no warning like that.

I’m not sure what to make of this episode. Nina Sharp, the apparent spokesperson for Massive Dynamic, talking with Phillip Broyles, the guy from Homeland Security? Are the people at Homeland that stupid that they don’t suspect Massive Dynamic? Maybe it’s a case of “Keep your friends close, and your enemies closer” – I don’t know.

Then you have the whole “I wonder what Scott was up to” thread that Olivia is following. You have Walter acting crazy milking cows, and doing eyeball surgery to get retina pictures. On top of all that, you have the mystical, magical computer laptop that can take an image, correlate it to a 3D wire frame, and pinpoint within a block where a building in Boston is.

And, just when you might have thought they’d be subtle and imply that Peter (that’s Walter’s Son) might have a relation to Walter’s work, they go the extra mile and slap you right in the face with “I assume you read about Peter’s medical history – You didn’t? Oh, nevermind”. Up to that point, when Walter was describing what working back during his original work was like, they dropped enough hints that there might be more to Peter than meets the eye. They really didn’t need to hit us over the head with it.

Finally, they had a half-second glimpse at a lab somewhere in Massive Dynamic (probably) that showed THREE versions of the same guy that killed those women. Ok, we can infer that maybe the guy that died of old age at the end wasn’t the original guy that Olivia was chasing all those years ago. The killings did stop for a while, so it’s reasonable to assume that whichever clone did that, he ended up dying. Otherwise the killings would have continued because of his need for the pituitary glands.

If it were me, I wouldn’t have shown that. I would have shown them in that lab a few shows later, just briefly, as someone walked by that lab at Massive Dynamic. That would have at least given fans something to find, and make the connection. People are pretty good at seeing things like that and talking about it. LOST fans are REALLY good at this sort of thing. They don’t need to be hit over the head with hints, the way Fringe is doing.

I just get the feeling that Fringe is trying much too hard to jam the backstory and weird things that are happening down viewers’ throats too fast. This show’s been compared to the X-Files. At least on that show, there was a slowly developed storyline that drew people in. On Fringe, it’s all about the “Hey! Look! We’re doing weird stuff! Check out the huge evil corporation! Weird, huh! Look at the eyeball surgery! Ha! We should have warned you about that, but too late!”

OK, ok, ok… we get it. Just give the viewers a bit more credit.