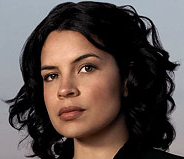 Zuleikha Robinson has been chosen for the role of “Ilana” in the upcoming season of LOST. The character has been described as “dangerous as all get out”.

From the picture, she kinda reminds me of Ana Lucia…

Anyway, read more about it at EW 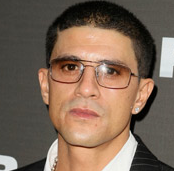 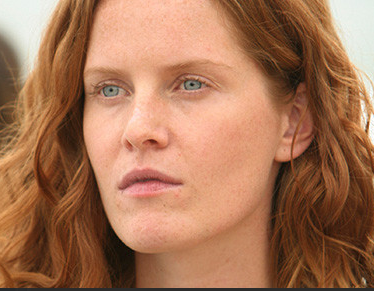 In the premiere, we had Hurley telling Jack, ”I should have gone with you” instead of Locke — not only begging the implicit question ”Why?” but also ”How would have things been different?”

I’d add: I think Hurley found out something that he’d be happier not knowing…

Perhaps Jacob will give us a few more hints tonight. I suspect he knows SOMETHING of altered realities. In this creepy entity, whose only line to date has been, ”Help me,” I sense a trapped soul who has had something stripped from him, and I don’t mean his body. I wonder if here, on an Island that seems to stand at the crossroads of All Possible Worlds, what/who we see trapped here inside this otherworldly outhouse is a man who never really was. In other words: Could Jacob be the version of Charles Widmore that somehow, some way got flushed out of existence? Maybe

I doubt that Charles is Jacob. I think the whole “The island is mine” rant that Widmore went on is that he considers it “his”, because he pumped money into it back in the Dharma days.

I’ve said “the cross roads between worlds” theory before. I think it’s more likely that Jacob is somehow stuck between worlds, not corporeal, but still able to communicate.

There is a prevalent fan theory that Alpert is an electromagnetically energized long-lived survivor of the Black Rock, the slave ship beached in the middle of the Island. I’m willing to accept that Alpert would be several centuries old — IF he was actually, technically alive. Yep: I think this Tricky Dick is dead — or at least as dead as, say, Christian Shepherd. Judging from the way we saw Grandpa McBoozy cradling Aaron last week, these Island ghosts are more materially substantial than the typical ethereal entity, although clearly Alpert is a higher caste of specter than Christian, at least for the (relative) moment.

Bingo. I said that Richard Alpert might be dead too earlier this week.

And this particular point:

Lost season 4’s most conspicuous literary reference, C.S. Lewis. In The Great Divorce, Lewis offers a parable for life on earth by presenting a vision of Heaven in which the newly departed MUST leave their earthly baggage behind if they wish to enter paradise — or, decoded, to grow spiritually. They are helped in this endeavor by ghosts who’ve preceded them in death, though initially, these ”shining beings” come off as tough-love antagonists. ”Others,” if you will.

That beats around the bush a bit. It could be that the island is not only a crossroads between worlds, but THE crossroad between the worlds, where judgements (by The Smoke Monster?) are made where people end up in the afterlife. Some of those people are held to correct things that are happening on the island (Yemi, Horace, etc), all part of the grand plan to correct things the way they “should” be and make those course corrections.

Read the article, and tell me what you think!

There’s an article in the LA Times talking about what the producers and writers for TV shows are up against now that the strike looks like it’s over.

But no question will have more effect this season than the one co-show runners Damon Lindelof and Carlton Cuse face as the end of the strike approaches. When the walkout began in November, eight of the season’s 16 scripts were completed. Will ABC order the final eight to be aired this TV season? Or will some of the episodes get tabled for future seasons?

“I think the big task ahead of us is to basically come up with the best plan both creatively and logistically for ‘Lost’ moving forward,” Lindelof said. “If they go along with what we kind of want to do, my guess is it will be fairly aggressive. So every day counts.”

If all goes as planned, the producers will begin talking about stories with the writers on Wednesday, Lindelof said. The difficulties, he added, might lie in remembering all of the characters, mysteries and island secrets.

Like the Dharma Initiative? (If you don’t know what this is, it will take the length of another strike to explain.)

“Everything I’ve forgotten about the Dharma Initiative is best left forgotten,” Lindelof said. “The good news about time away from the show is that you remember the good stuff. If you’ve forgotten about it, it’s probably best not to be reminded. We’re looking forward to executing the resolution of Season 4. Who are all the members of Oceanic 6? What happened to everybody else? What is the secret the Oceanic 6 are keeping and why are they keeping it? And who are these freighter folk?”

The article covers other shows, like My Name is Earl, so check it out!