According to the latest LOST Audio podcast, the name of the final LOST episode is:

SPOILERS AHEAD – You’ve been warned.

I watched all five seasons of LOST over the last couple of months, finishing up a few days ago. Since the show is starting up again in less than a month, I thought I’d start writing about the show again, just to get some of the ideas down.

What’s going to happen after the bomb went off at the end of Season 5?

They have a couple of things to resolve. First, what happened to everyone (Jack, Kate, Sawyer) the bomb went off?

If they accomplished their goal, then the plane didn’t crash, and they really didn’t know each other after the plane landed. I think this carries through to the present day when simultaneously realize that they have the shared experience of what happened on this island. It’s much like what happened to Desmond, when he woke up and realized that the memory he had of Daniel Faraday banging on the hatch door. I think the first few episodes of the season will be how they all get back together again because of this shared experience.

Boone, Shannon, Eko, Paulo, Nikki, Charlie, Faraday, Charlotte, Claire… all will survive. I don’t think we’ll see Nikki or Paulo – or if we do, it’ll be very briefly.

It isn’t going to turn out well for everyone, I think, particularly Rose and Bernard. Since Rose never experiences the healing power of the island, she’ll end up dying of cancer. Bernard, who will be understandably distraught about losing Rose, will be hard hit when he ends up “remembering” the island, and having a life with Rose there.

Second, what happens to all the people in the present day (Sun, Ben, etc)? That’s the big question. If Sun didn’t crash on the island in the first place, what takes place in the past to put her on the present day island? Is there something that does that, or will it be more like what we saw when Sawyer’s group was skipping through time – aware of the people that were there, but unable to interact with them?

There’s also the question of what happens in present day now that Jacob is out of the picture? (And, a bigger question, is he really gone?) Illana’s group was working with Jacob (he did visit her in that hospital), so it’s likely they’re going to be foes of whoever the Man in Black really is. I think it’s also likely that since Jacob is gone, and the Man in Black is no longer held in check, some bad things are going to start happening – probably throughout the world.

I think it’s possible that the group that regains their “memories” of the island will realize that these “bad things” are a result of something that happened on the island, and that’s what’s going to compel most of them to go back for the final time. Jin won’t need a reason like that… he’ll want to find Sun.

What about John Locke? I think he’ll end up being alive again, since the plane didn’t crash, but will have the same “old memories” the rest of Jack’s group has. He’ll likely be a in a wheelchair, and will really, REALLY want to get back to the island so he can be cured again.

Over the next couple of weeks, I’ll write up some ideas about other things that occurred to me while re-watching the show.

If you want to write some of your ideas about what I’ve said here, please feel free to leave a comment.

The Official LOST Podcast for April 6th has been released, and in it they reveal the LOST Season 5 Final Scene Code Name: The Fork in the Outlet.

I have to say, I fell into the “they’re talking about Aaron” camp when Claire told Kate, “Don’t you dare bring him back” and Charlie told Jack, “You’re not supposed to raise him”. Now, after listening to the theory that they might be talking about John Locke, instead I have to say that it makes a lot of sense – at least to a point.

Locke was supposed to be the one that turned the wheel in the first place, getting him off the island. That had to be important, because of possible events in the future. Plus, from a story-telling aspect, having some thing “go wrong” – such has having John be where he’s not supposed to be – sure will make things interesting.

Imagine if John does come back to the island. He would be indisputably the most powerful guy there. We’ve seen John make a lot of mistakes, so things don’t bode well… particuarly if he has to keep that promise to Matthew Abaddon (you remember? He said that John would “owe him one”, if Locke went on walkabout), who I don’t think has anyone’s best interests at heart, as I’ve said in a previous posting…

Now, having said that, I’m going to take the opposite view – There’s something going on, and I don’t think that everything is the way it appears.

The thing I’ve been trying to resolve for some time now is why Jacob told Locke that he needs help. That was the last time we saw Jacob. In fact, if I remember correctly, Ben even believes that it was Jacob that told Locke to move the island. I don’t think Ben realizes that it was Christian Shepard who did that, and I think if he did, things would be a lot different right now.

It appears that Christian, Claire and Charlie are all helping the castaways out – but are they really? What if they were trying to get Locke off the island in the first place, so they could set their own plans into motion?

Now, you might be saying to yourself, “Why would they do this? Christian, Claire and Charlie would never do such a thing!” There, I would have to agree, except for one thing:

I don’t think those “beings” are really Christian, Claire and Charlie. What evidence do I have to go on for this? Not much (Hey, it’s like all theories….that’s why it’s a THEORY), but here goes.

Besides the “I speak for him” speech that Christian gave Locke, we have the incidents with Eko’s Brother, Yemi, and Rousseau’s boyfriend, Robert.

These two people, who Eko and Rousseau trusted completely, turned on them both. If they had really been the people they said they were, Eko’s brother would have turned on him (well, technically it was Smokey, but you get the idea), and Robert would have NEVER turned the gun on Rousseau.

From these incidents, I don’t think it’s much of a stretch to say that they people the LOSTies have been seeing might not be who they appear to be. If Locke is supposed to be back on the island to help it in some way, wouldn’t the people who didn’t want the island to be helped do anything to keep any help from arriving.

Anyway, just something to think about…

Spoilers ahead
I’m not going to do a blow-by-blow account of what happened on LOST “316”, but I will point out some things.

First, I thought it was great to see Jin in that Dharma outfit. From that, I think it’s pretty obvious that they’re in the same time period in which the Dharma Initiative existed, and that is how Daniel was able to warn Charlotte when she was a child to not to come back to the island.

We finally got a reasonable explanation for why Christian was wearing sneakers when Jack first saw him in “White Rabbit”. I alway preferred the theory that they were the same shoes we saw hanging from palm fronds in the jungle way back in Season 1, but it’ll have to do.

Speaking of passengers – Was it just me, or did it seem like the guy in line in the airport (the same guy in the front of the plane with the rest of the Oceanic 5) seem like a “plant”…. like possibly for Charles Widmore?

And what the heck did Kate do with Aaron? Only one possibility I can think of – Kate brought Aaron to Cassidy Phillips, the person Sawyer was involved with after trying to con her. Why do I think that? I think that Clementine Phillips was the person that Sawyer wanted Kate to visit, and that’s possibly the only person Kate could have trusted.

I loved Frank’s reaction when he realized what might be happening on that plane.

Who did Hurley see that convinced him to go back? Did he get another visit from Charlie?

Why was Sayid going to Guam?

What was Ben up to? I think that was pretty obvious too – He was trying to get revenge by killing Penny Widmore, and ran into either Desmond or some of Widmore’s henchmen (maybe even Widmore himself). As to whether or not he killed Penny – Well, I sure hope not.

Now, Desmond… Where will he fit in? If Ben did kill Penny, then Desmond would stop at nothing to get Ben, even if it meant going back to the island. I think it’s more likely he’ll be manipulated into going back by Widmore, because he’ll find out that Ben wants to kill Penny. Either way, I think when Desmond returns, he’ll have revenge on his mind.

Well, those are my random thoughts after the show… What did you think of it?

some spoilers in this… you’ve been warned 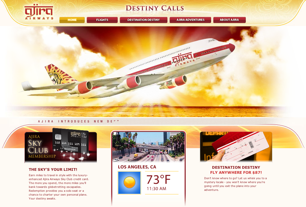 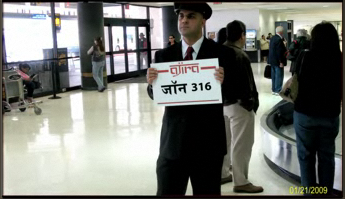 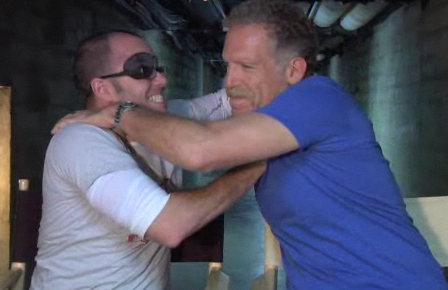 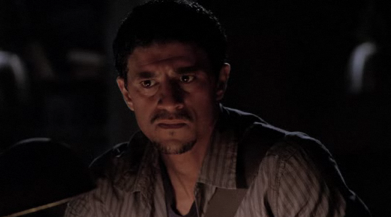